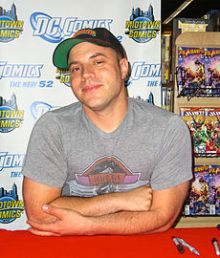 Geoff Johns announced yesterday that he will be stepping down as the writer for the Dc comics flagship cosmic epic Green Lantern. After 9 years in the role which started with the monumental Rebirth saga which brought Hal Jordan not only back from the dead but also into main stream favor, he feels as though he’s satisfied with the current state of the book and thinks it’s the right time to hand off the torch to another qualified associate.

During an Interview with the Associated Press Johns told them that he was” really proud of all the stuff we’ve built with Green Lantern – from Larfleeze to the different corps. The universe has expanded and will live well past my run. It was more than just telling another story, but really giving back to the character by expanding and adding to their mythology.”

With DC comics looking to expand their cosmic presence with the recent release of the Threshold book I wonder if this is the last we will see of Johns in Space? Geoff wont be to far from the Ring slingers as he is currently penning the Justice League of America which starts this month and features the newest human addition to the Green Lantern Corp Simon Baz. He will also be continuing his run on Aquaman as well. 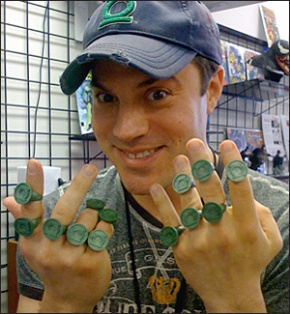 Johns final Green Lantern is #20 and will be released in May .