Greetings!  Sometimes I write toy reviews.  Sometimes those reviews get lst in the system, whether through computer failure, bad timing, obscure projects, or an FTP not working properly.  it happens.  So, when something’s been lost long enough… well, why not bring back the review?  Just be warned, this stuff ain’t all that new, and my photos… may have been taken back then.  They might be awful photos.

The following review was written back in September 2012, and submitted to MWC Toys.  So what happened to it?  I submitted it at a bad time (the poor guy was swamped), and formatting issues kept pushing it back until it reached oblivion.  The formatting has been fixed, but this review simply has no place showing up again on that site.  So let’s put it up here!

I really don’t like toys that get “used up.”  It’s not a complaint about commercialism so much as the fact that these toys are produced in finite numbers, and they will run out someday.  That’s the sad thing about Test Tube Aliens – When one “dies,” it’s done!  That’s it!  Likewise, the Test Tube Aliens autopsy kit has three uses before it’s out of parts… although I still wish I had one of those when I was a kid.  Seriously.  Now I’m tempted to go try one out.

Fizzitors are another new spinoff from Test Tube Aliens, but instead of being an electronic “pet” or a cadaver to dissect, they incorporate fizzy dissolving eggs as their gimmick.  Yes, this is the same thing used in Ben 10 Alien Rocks or Gormiti Magic Eggs.  The good news is that these are really a bunch of mini-figures, and they have play value!  But how do the Test Tube Aliens stand up against other tiny toys?  Let’s find out!

For the most part, the packaging is fantastic – it shows off each figure, as well as which one you’re getting, so this isn’t blind-packed.  It also clearly shows all the available Fizzitors on the back.

Where it loses a star is in size – everything about the package is designed to make you think that your figure is at least twice its actual size.  Trust me, these things are SMALL, and the egg is just overlarge.

I will discuss the fizzy egg in “Accessories.” 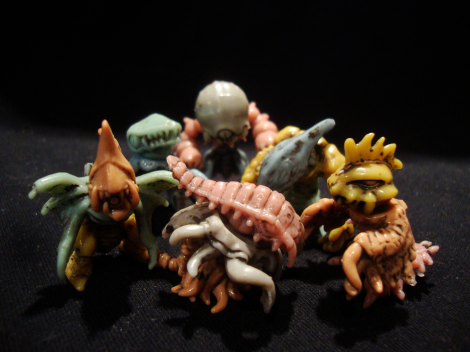 The highlight of these figures, the sculpting in the line is fantastic!  Each alien is unique, bringing its own aesthetic to the table.  They vary from the blue one, who is like a Xenomorph/Pterodactyl/Spider hybrid, to the pink one, which is made up of centipede legs and teeth. The Tan creature combines wings, a lamprey mouth, and many, many tentacles.  The only downside is in size – these things are TINY, at barely an inch tall!  They are about the size of a Trash Pack figure, or half a MUSCLE, if that helps.  The packaging shows no indication of this, and you might be disappointed without prior warning.

At this scale, any paint is amazing!  That said, each figure has one base color and a dark wash.  It’s good enough to bring out the details, but isn’t very spectacular beyond that – I don’t feel that they needed more, but that is the extent of it.  One out of every six figures comes out glow-in-the-dark, and of course is a flat white.  Comparing that figure to a painted one really shows how necessary that paint wash is to bring out details, though.

Again, I have to be honest; any articulation at this scale is a bonus.  Each Fizzitor is made of three pieces – the head, the legs, and a central piece for the arms.  The head-or-legs turn, and the arms swivel independently, as well.  This is part of the secondary gimmick – you can take each alien apart and swap pieces with one another!  The colors clash, but a lot of combinations actually turn out looking pretty good.  The yellow lizard alien also has movable and removable arms, though there’s nothing to swap them with.

Eh.  The fizzy egg is just what it says – it’s made of a soap-like substance, you put it in water, and it dissolves, revealing the toy.  However, it’s the most lackluster fizzy dissolving egg I have ever seen!  It doesn’t really fizz, it just slowly melts, and a child would get bored.  It is kind of interesting if you put it directly under a faucet and watch the water eat a hole through the egg, though.  The eggs are large enough that there really is no excuse for the tiny, tiny size of these figures, too. 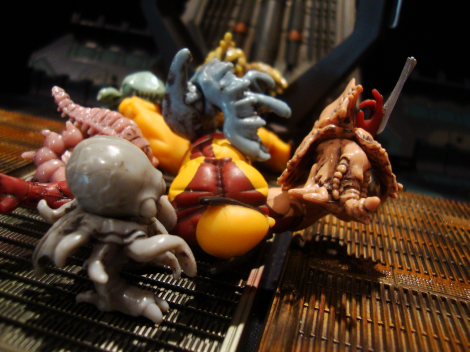 At $6.99 in person or $8.99 on Amazon, this is robbery.  These figures are way too tiny for those kinds of prices!  Ben 10 eggs were cheaper, and Gormiti are larger, but the Fizzitors have none of that.  I can’t recommend them for the price, though once you already have them, they are cool aliens.

Nothing really comes to mind, although sometimes an alien’s joints can get stuck.  Quality seems pretty standard with these.  Just try not to lose any parts down the drain! 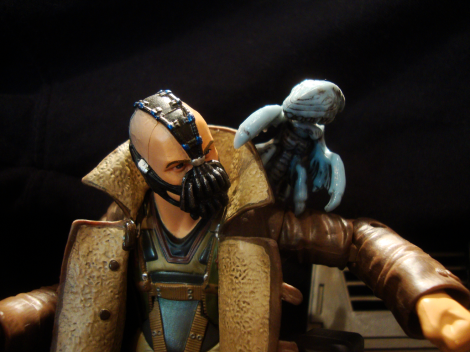 A lackluster fizzing gimmick and a high price killed these.  Don’t get me wrong, they’re great toys, but they really aren’t worth the price.  If you want them and have a place for them, by all means pick up a set.  I’m happy I have mine, but the price is just awful.  Hopefully the people behind Test Tube Aliens will lower the price soon, perhaps with a series 2, but don’t get your hopes up.

People have spotted these in K-Mart and Target, and you can find them online at Amazon.com or Sears.com.  I’m sure they will show up in more places soon – they’re brand new! 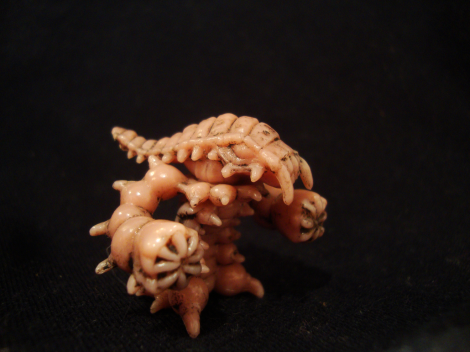 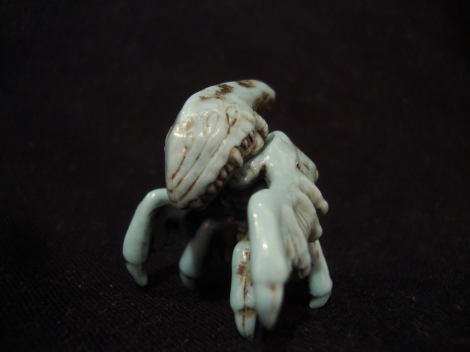