Heres the first in a regular column of weekly updates on crowd sourced games.

Hi everyone, welcome to the second Tabletop Gaming News of the week all about crowd sourced projects. I’ve sorted through the many (and I mean MANY) different projects and brought you those that have caught my eye.

I’m going to be focusing on just Kickstarter projects this week, but will expand my horizons soon. If anyone wants to inform me of any good gaming kickstarters they have seen, let me know in the comments section, or contact me @blackcherry_359@hotmail.com.

Every wanted to play massive battles in the Robotech universe? Then this kickstarter is for you. The funding for the project will go towards making an initial 2 player game that can be used in conjuration with the existing RobotTech RPG game. The makers claim it will be scalable, so you can fight small skirmishes or large battles with hundreds of models a side. $80 nets you the full starter set, which is pretty cheap for a rulebook and 30 multipart models. Check it out at the link below.

Always a reliable company for making highly detailed models, Oathsworn Minatures are asking for your help to fund a new range of fantasy dwarf models.Its a kickstarter that isn’t asking for the world (hes only asking for £3000) and the detail on the first greens are incredible.

Check it out below if you are a fan of fantasy dwarves and want a bargin (its £32 for 10 good models plus whatever the stretch goals unlock) You won’t be disappointed.

IELLO have launched a kickstarter for a superhero boardgame called The Guardian Chronicles. It lets you play as a bunch of Golden Age themed superheroes the Liberty Patrol fighting to defeat Pr. Skarov’s evil plans. 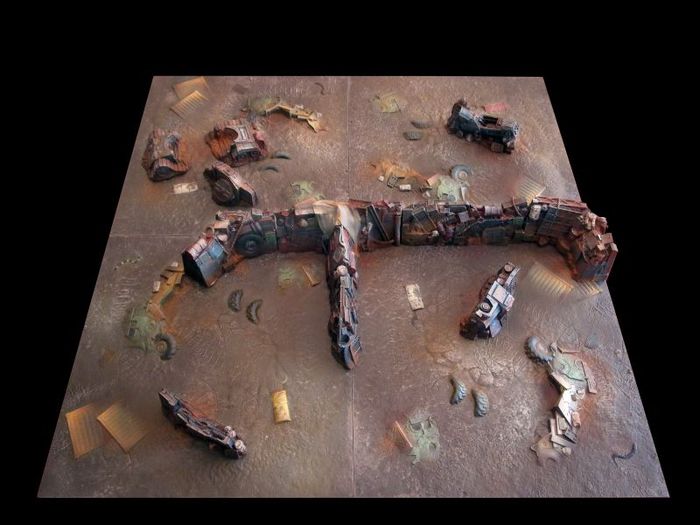 If you’ve ever wanted to create your own tabletop, but have been bound by space (or have gotten bored of the green tablecloth most gamers use) then check out the Tablescapes kickstarter by Secret Weapon Miniatures.

$150 nets you a lightweight, modular 4 foot by 4 foot gaming table made to your specifications, which somewhat beats the competition price wise by miles.

Thats all for this week everyone. Don’t hate me too much if you have empty wallets by the end of the month. 😛

See you next week.