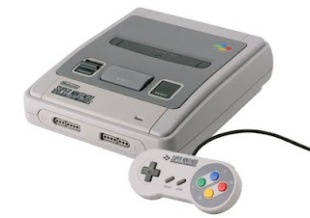 Hi all! This is a post to let you know that I’ll be  starting a new series where I do quick reviews of SNES games that aren’t iconic, but aren’t crazy-obscure either. For that reason I’ll be reviewing those middle-ground games, titles you may have missed during the SNES’ heyday, but are easy to find in ROM form for use with emulators.

I once did a similar article for another site about overlooked Neo Geo arcade titles. These titles weren’t really super-obscure, but I’d wager most arcade gamers of the 90’s missed a few of them entirely, which was why I wrote it. But idiots in the comments assumed that because they had heard of one or two of the titles mentioned, then my article was – to quote some of the comments – wrong, broken, retarded, stupid, and retardo-stupid, and they accused me of being a ‘n00b’ and ‘a retardo-stupid n00b’ because I didn’t go for the type of titles that weren’t even released into arcades and their ROM circuits were in the hands of three collectors. So I want to make it clear that I’m not trying to appeal to only the hardest of the hardcore, but to those who love the SNES, but may have missed out on a few titles that weren’t super-popular.

Anyway, the reviews will only be short, and I’d love to hear from you guys in the comments if you get one of the games I review and try it for the first time. Let the ‘SNES Review Saga’ begin!