The only way to start a review of Green Lantern 21 (which begins in the future) is to go back to the past. Namely Green Lantern 20. Which, in turn, encompasses the past, present and future.

Or COMICS C3; short for COMICS COMICS COMICS COMICS. Because who doesn’t like running jokes missing a punchline. This is my ode to comics. Not all comics, just the ones I read. It’s a hybrid between critical analysis and ‘oh wow, Kieron Gillen’s Uncanny X-Men is brilliant.’ (I say is because… well, I’m in denial that his run ended. And there’s one volume left to upload on the IPad app… just let me be in denial, okay!)

Enough rambling, back to the review.

Green Lantern 20 was the end of Geoff Johns reconstruction, deconstruction and reconstruction of Hal Jordan. Over the course of nine years he built the character up, broke him down, and then rebuilt him. Actually, more than nine years if you count Day of Judgement from 1999 (in which Johns brought back the deceased Hal Jordan as The Spectre.) Then it’s a brazen 14 year story from death to life. And a quite brilliant story, one of the greatest retcons of all time in having Parallax be an entity of fear that infected Hal Jordan rather than Hal Jordan merely going insane. Even better when you consider Parallax infecting Barry Allen is what led to Flashpoint (which led to the New 52.) Without that spark, would Flashpoint have happened? 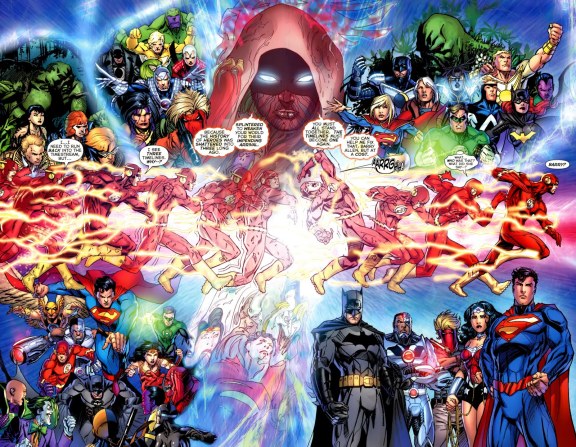 The deluded fanboy nightmare of what happens if a woman is in charge of a comic book publisher!

So Geoff Johns brought out an intricate, brilliantly plotted and emotionally satisfying 14 year story that took Hal from villain to hero.

And yet, in retrospect, it appears to be almost a prologue to the new story.

Because Johns made Hal the ‘greatest Green Lantern of all time.’ And now everyone’s wondering how Robert Venditti can possibly live up to that?

The answer is simple:

What happens when a man is made into a legendary Lantern?

Which is not a position you associate with Hal. He’s reckless, impulsive, a maverick to reference a terrible film. But with the old Guardians gone and the new Guardians not used to the universe, Hal is put in charge. Hal – the guy who, as Johns wrote him, doesn’t do plans. He’s now tasked wtth rebuilding a Corps feared by the universe; a Corps broken by war and in-fighting; a Corps with Guy Gardner. It’s a fantastically obvious solution to following Johns; because it isn’t copying him, it’s leaping from where he left off in an organic way.

And it’s a damn good issue to boot.

Carol and Hal breaking up (sort of) is sad, but inevitable. Johns wrote them together in marriage, and Venditti isn’t undoing that per se; he’s just letting us know that – as Speed 2 taught us – relationships forged in the heat of passion don’t go smoothly when normality (or as normal as a GL’s life gets) is restored. It’s also an ode to how comic-books work, some changes can stick indefinitely and others don’t. As much fun as a marriage between Hal and Carol would be (for the space adventures alone), it’s not feasible in terms of the story presented; Hal as leader of the Green Lantern Corps is him taking charge and responsibility for something for, arguably, the first time in his life.

And should make his eventual return to the Justice League epic – as Aquaman and Batman may have a rival for team leader. Assuming they emerge through Trinity War unscathed. 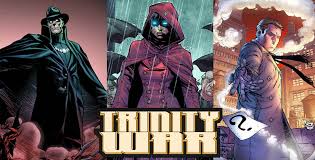 This issue also hints at what the other Lantern titles are going to delve into. We get a hint at a future crossover, with John Stewart and Hal fighting alongside a team of rookies to save the Green Lantern central power battery from dying… and some fun scenes of Kyle (in his white space Jesus garb) mocking Hal for his many transgressions. And to top it off, Larfleeze decides he’s not content with Sinestro’s gift from Green Lantern 20 and decides to steal the Green Lantern power battery himself. Ye Gads…

The artwork also deserves praise. Johns worked with a plethora of fantastic artists (Ethan van Sciver, Ivan Reis, Doug Mahnke) to establish a tone for the comic; leading to downright iconic representations of intergalactic bad-assery in Blackest Night and Rise of the Third Army… and yet Billy Tan not only keeps the feel of the previous comics, he works overboard with Richard Friend, Alex Sinclair & Tony Avina) to make sure the details of the settings and the mannerisms of the characters are crisp as possible. From the rookies nervousness in the opening through to Hal’s ‘jock grin’ at returning to action for Ferris Air, we’re given a very cinematic sense (while adhering to comic-book archetypes) of the emotions inherent in the material.

Indeed, the third panel on page 6, the aforementioned ‘jock grin’ panel, is a masterpiece of summing up Hal’s character perfectly. Despite the Green Lantern ring, despite the responsibility, he’s still a cocky guy wearing his Dads jacket, who thinks he can be ‘dead’ for ages and immediately pick up where he left off with Ferris Air. Which, granted, he probably could given how Carol does only slightly more work… but it’s still a great character panel.

So to conclude, I can say this is the best possible follow-up to the classic Johns runs. Venditti is setting up some big plots, while keeping things grounded; and Tan is drawing the Heck out of the panels. Neither is resting on their laurels, and – like Hal – they’re stepping into one of DC’s flagship titles with the belief that any problem can be solved with will-power and Kyle Rayner being a smug space Jesus!