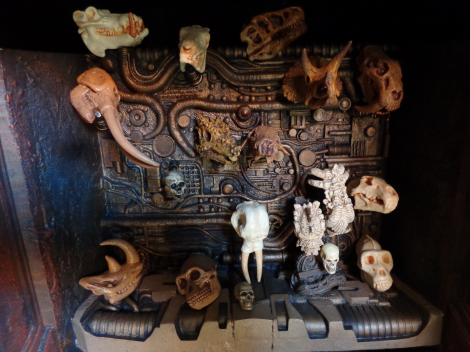 Hi!  Remember last week, when I promised to show you some options for the NECA Predator 2 Trophy Wall if you don’t have all of the skulls?  Welllll… here they are!

First off, you can get good stuff at any museum gift shop, or by decapitating Skeleton Warriors action figures, or things like that.  Around Halloween, you’ll probably find tons of skulls just littering the shelves at your local Walgreen’s.  So you’re covered even if you don’t follow my advice, though I have to bring up the things that have helped me the most. 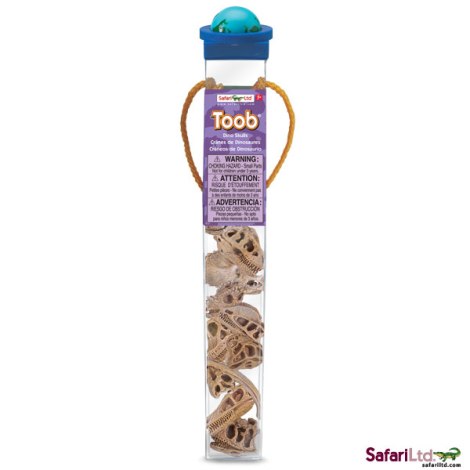 Safari Ltd, makers of rubber animals everywhere, also have these “toobs” full of stuff – whether trees, dinosaurs, fishes, puppies, Egyptian gods, or… skulls.  Just from their own catalogue, they’ve got Dinosaur Skulls, Prehistoric Mammal Skulls, and Regular Mammal Skulls.   I know, I know… but remember, there was a triceratops skull in Aliens Vs. Predator: Requiem, and Hippo skulls look WEIRD.  These are pretty affordable and useful, and probably my favorite option. 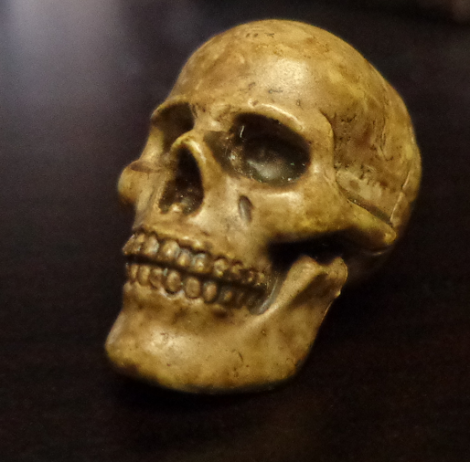 You know… this guy was really only affordable back when he was new.  But Blanka comes with a pineapple, some watermelon… and an awesome, awesome skull.,  It looks weathered!

These guys aren’t too easy to find on eBay, but they included a section of the trophy wall – and look, it blends in with NECA’s wall!

What this skull has above some others is that it’s mounted on a peg, so you can fit it into one of those clamps in the NECA wall!

I don’t know who made these, but there are lots on eBay for about $10 each.

So… is this it?  Nah, there are probably lots of options – these are just the ones I had at hand that I used while I waited to accumulate all the little skulls.  But the TOobs especially are a pretty affordable and creative way to populate your wall, and you can even do so when you have all the official stuff!