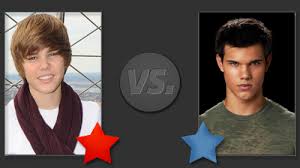 I took last week off because it was my birthday. Sue me (please don’t sue me).

Anyway, this story by Justin Levatin (stands by his work), about Justin Bieber raping Taylor Lautner.

Taylor Lautner woke up with no recollection of the time or when he had
fallen asleep. His body was stiff. When he attempted to stretch, his bare
feet were stung with the bitter cold of metal bars. His eyes opened wide as
he jolted away from anything resembling slumber. As the dark-skinned boy
sat up, his head collided with more bars.

A dog cage? He wondered how he had gotten there. With Twilight, weird stuff
had happened in Taylor’s life. But being caged was on a whole new
level. What kind of fangirl had he met the night before at that party?

Taylor grabbed the cold bars and shook them hard, trying to get the door
open or break it. No such luck. The cage was lodged between a wall and a
futon. As he threw his hands down and slapped his thighs, Taylor realized
he was quite undressed. Horror shivered through his body when he noticed he
was only wearing a diaper. The morning had gone from weird to completely
psycho. With renewed vigor, he shook the cage harder. It would not move
from its lodgings. The room was lit by florescent lights from the
ceiling. There was a wall that looked like it was hiding a few things and a
pad on the floor across from where Taylor was. Then, it looked like there
was another room down a small hallway and a half wall beyond the futon, but
Taylor couldn’t decipher was behind it.

“My my, look who finally woke up.” Footsteps tapped lightly against the
steps that were behind the wall that Taylor couldn’t decipher moments
before. The abductor was keeping him in a basement. And the voice sounded
male and familiar.

The teen heartthrob came into Taylor’s view in a tight pair of black
leather pants that made his white Canadian skin look even paler. Confusion
fell on Taylor. Was Justin Bieber really his captor? 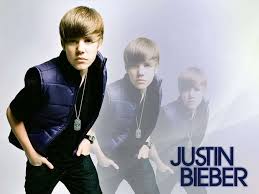 “Baby, baby. Smells like little Taylor has made a stinky.”

Justin walked over to the cage and unlocked the lock on the door. When
Taylor crawled out and started to question Bieber as to why he was locked
in a cage, Justin extended his hand and zapped Taylor with a
stunner. Taylor dropped at Justin’s feet.

“Lesson One: Respect.” Justin grabbed Taylor by his short, dark hair and
yanked him up on all fours. “It will be easier for you to comply and
respect your new master.”

Who the hell is turned on right now?

Taylor was too busy trying to shake off the pain of electric currents
running through his body, combined with his hair being yanked to fully
listen to what wack-job Bieber was telling him. He was almost out of his
stunned state when he felt himself being pulled to another part of the
room. His body was complying by instinct to ease the pain. A kick to the
ribs by heavy boots caused Taylor to roll over on his back on the padded
area on the floor.

Justin zapped Taylor again and cuffed his arms down next to him. Volts of
electricity zoomed through Taylor’s body, causing all of his muscles to
tense up in the screaming agony.

The immobile boy watched helplessly as Justin pushed a button, and the pad
Taylor lied on raised from the floor. When it hit a spot against the wall,
it stopped with a soft bump of inertia. “What are you doing to me?” Taylor
croaked.

“Raping you. What the hell does it look like?”

“Changing you, Silly.” Justin lifted Taylor’s legs one by one and locked
them in to chains from the ceiling. Taylor could not pull out of
them. Everything was so quiet that the ripping of the bands from the diaper
was almost deafening to Taylor. His whole body was soon exposed to a barely
man teenager who was cleaning up the mess Taylor had been unable to control
himself from making, causing him to wonder how long he had been down in
that cage. Perhaps it was more than one night.

“How did you get me down here?” A cold wipe around his most private areas
caused his last word to rise up in inflexion.

Infantillia rape committed by Justin Bieber on Taylor Lautner. THIS IS HAPPENING.

“Tell me. Do you keep up with the Kardashians?” Justin’s hands were very
delicate and warm as they moved Taylor’s bits around and cleaned him
up. But, Justin had completely lost Taylor with that question. “You know. A
phrase coined from the Smiths or Joneses.” Justin sighed. “Do you follow
celebrity gossip?” Justin’s tone was that of a doctor with a patient on the
table rather than a menacing captor.

“Nothing beyond my co-stars and myself.”

“As you get to appear to be squeaky clean.” Justin placed the smelly diaper
next to Taylor’s face. “And Rob Patz is heartbroken from that cheating
harlot Ms. Stewart. But we know nothing is what it seems.”

“What does this have to do with what I asked?”

“Education was supposed to be Lesson Two, but I see it must go hand in hand
with Respect for you.” Justin grabbed something and placed it in front of
Taylor’s face. It was some article about Justin smoking pot. “I never
smoked it, you know. Only studied it. Drugs are an interesting
creature. They cause people to do what they wouldn’t in their normal
life. Honesty serum. Brave maker. Or even a hypnotic. You mostly came down
here by your own free will, but the rest was based off of a little
something I picked up while I visited the hospital in the UK.”

Taylor yanked at his restraints. The little scrawny shit in front of him
had drugged him, to what, force him to be his—Taylor didn’t want to
think about it. He wanted out and not naked in front of him. So, he fought
with all his might, but the metal cuffs just cut into his skin.

Meanwhile, Justin had replaced the paper with a new item. “Back to
Respect.” The wooden paddle cracked down hard on Taylor’s ass. He had been
bent over his dad’s knee as a child, but this one hit brought instant tears
to his eyes. Taylor was too proud to scream out in pain.

“It’s okay, Lautner, I built this to be completely soundproof to practice
in. Scream out. No one will hear you.”

The board cracked against Taylor’s ass a few more times. Each time the
paddle hit Taylor’s ass, he gritted his teeth harder and harder. It felt
like his teeth were about to break. The tenth crack against his burning ass
made him grunt in his throat.

I fail to see how Bieber could possibly lured Lautner to his place, unless they were going to be having sex anyway, which makes me wonder why Bieber is raping Lautner in the first place. SIR, I DOUBT THE VERISMILITUDE OF YOUR JUSTIN BIEBER INFANTILIA RAPE FIC.

Justin placed a ball gag in Taylor’s mouth and wrapped it around his head,
buckling it in. “No more talking.”

Over the next hour, Justin spanked Taylor with the paddle, a horse tail
whip, and a belt. A half an hour into it, Taylor started to get hard. His
ass was burning and probably bright red, maybe even bleeding, but the pain
was becoming a smooth pleasure. His eyes roamed all over Justin’s body. The
tattoos gave him a manly appearance, but his little nipples and faint
patches of armpit hair gave him a boyish look still. Taylor shook his
head. Was he really thinking this boy who was spanking him was somewhat
cute and sexy? Taylor yanked his arm up to slap his forehead but was met
with the resistance of the cuff.

Justin put the belt down. He ungagged Taylor. “Let’s see if you learned
respect. Today is A day. You respect me, and I will grant you one
answer. Lick my armpit.” Justin lifted his arm and put his pit against
Taylor’s lips. “A for armpit.” Suddenly, Taylor was on a twisted episode of
Sesame Street. 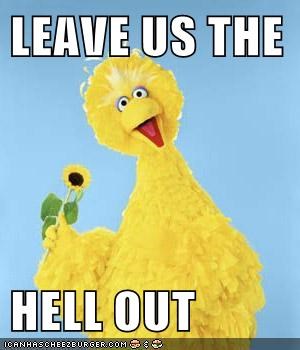 Taylor slowly extended his tongue toward the slightly hairy armpit. At
least it didn’t have deodorant mixed in the hair. But his nose took a huge
whiff of the pit. It was as putrid as Taylor smelled after a martial arts
practice or a workout., so he figured Justin had had dance practice
recently and no shower before checking on him. Taylor’s tongue connected
with the pit. The acrid taste of sweat perked up his taste buds. He licked
it from bottom to top.

A soft moan hummed from Justin’s lips as Taylor’s tongue lapped all over
Justin’s armpit, fully cleaning it. He adjusted to the other side to get
his other pit serviced.  Without being told, Taylor licked and kissed
Justin’s other pit, sponging up the sweatiness.

The idea of licking anyones armpit, let alone Justin Biebers, disgusts me more than you can possibly imagine.

Justin stepped back and put his arms by his sides. “One question.” He moved
to a bag and got out a fresh diaper. The diaper was placed under Taylor’s
ass. Justin pulled the straps over and connected them to the diaper. The
heat from his butt intensified with the thick material insulating the heat.

Taylor tried to keep his tone even and calm. “Why me?”

Justin grabbed another belt-like device and pulled it around the
diaper. “Two reasons. The first is the nastier. Without you in the world,
my fan-base will rise crazily. You hold many google-eyed girl fans who will
rush to me with you gone.”

Taylor stood, but he didn’t try to run. He was yanked by his ear toward a
new spot of the basement. “You will not be able to take that diaper
off. But you have earned some time in your special room.”

Taylor was pushed down the other hall which lead right into a bigger
cage. It was filled with work out equipment. Justin slapped his abs. “Got
to keep up your jock bod because that’s what I like in my men.” Justin
pointed to the end of the weight bench. “That is number two.”

Taylor marched over to the book lying there, cringing every step of the
way. The book was filled with the most private thoughts Taylor had. He
trotted over to it and opened it to the front page. On that page was a
number 1 and a picture of Justin Bieber. Under that, Taylor had written his
truest dream: to have sex with Justin. There was a sticky note posted to
it, saying, If you are good, maybe your wish will be granted.

Taylor closed the book. He knew Justin owned him now. He knew all of
Taylor’s deepest secrets. It was so stupid of him to write any of that down
anyway.

“This isn’t what I had in mind,” Taylor muttered.

“Maybe you will learn to be more specific then.” Justin moved away from the
larger cage. “Why don’t you get it all out with a workout? By the way, that
is a copy of your real book. I went through a lot of trouble for you. I’ll
be back later to feed and change you.”

Justin was Taylor’s number one crush since the moment he had started making
youtube videos. Taylor picked up a dumbbell and did curls while he thought
about being a slave to the boy he wanted most in the world. Taking a second
look at the book he had created, he felt like every dream he had would come
true. But in the most twisted ways possible.

Ugh. There are two more chapters of this, but I can’t imagine forcing myself to read more. It’s here, if you want it.