THE DAWN OF HYPE APPROACHES

Alriiiiiight! Now we’re getting to the good stuff! Way back at E3 2001, Nintendo was talking up their newest console, the GameCube (which, by the way, is my personal favorite console of all time), and revealed that they had something real big for the new machine. Shortly thereafter, they played the trailer for Melee. And that’s right about when people LOST THEIR GOD DAMN MINDS. The graphics! The new characters! The new stages! The music! Sweet jesus, the gameplay! Every single bit of it was like a gift. And this was essentially a launch title! Needless to say, minds were blown. And of course the game lived up to the hype. In fact, it did way more than that, becoming the only Smash truly accepted as a fighting game (one could argue that 4 is just as accepted), for better or worse. The competitive scene has been going strong since the game’s release in 2001, and if you hang out with the right kind of people, they have a copy stashed in their house and ready to go for parties. Really, it was just a step up in every single way: the game played faster and looked better, everyone got a fourth special move, mobility options were refined, dodging was introduced (which, in turn, led to techniques and exploits such as wave dashing), there were tons more game modes and content… it expanded upon the original in every way, and frankly, it kicks that game’s ass.

But of course, we’re not just here to talk about the game. As new fighters were announced and revealed, the Hype awakened. People were boarding the hype train left and right for new fighters. It was a great time. Kinda like the Gold Rush. And just like the Gold Rush, there was a fair share of disappointment. For every Bowser, there was a Roy. For every Zelda, there was an Ice Climbers. That’s not to say these characters were bad, far from it, it’s just that they weren’t who we wanted. The primordial soup had been stirred, and as Smash players truly entered the still-young fitegame community, they began to clamor for their favorite characters to be included, often to no avail, seeing as the game was essentially finished by the time it was announced. But hey, what are you gonna do. The FGC never changes.

So, without further ado, let’s get the returning cast out of the way! 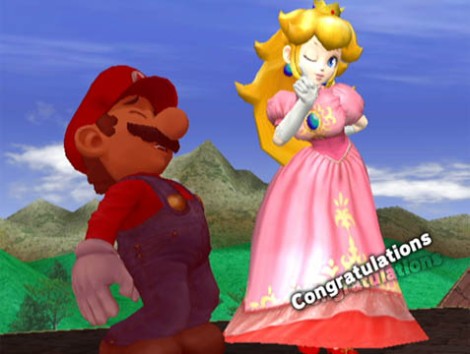 I’d just like to point out real quick that it is super weird to see Mario’s mouth like that.

Anyways, Mario pretty much stayed the balanced, easy entry character we know and love, with a couple differences. His new special move allows him to reflect projectiles and turn fighters away, making him much harder to approach, as well as giving him a pretty big advantage in edge guarding. His recovery’s a bit shorter though, and he doesn’t really have a reliable KO move. Basically, the only really major change to him was a trade in kill power for attack speed, making him better at combos but worse at finishing. Although he’s clearly finishing pretty well in that pic up there.

All jokes about… emissions aside, he can also wall jump now, so that’s neat. 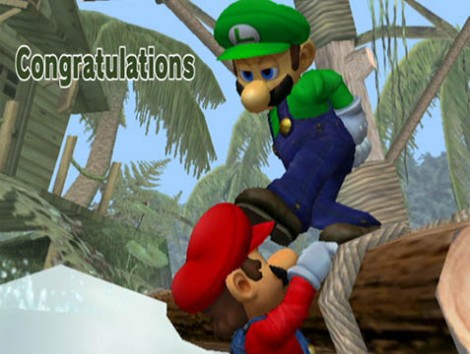 Not only did Luigi beat Mario in the race to get a title on the GameCube first, but he also beat him in terms of tier placement. In a marked change from his position as “absolute garbage” in 64, Luigi has clawed his way up through the ranks to become a slightly less average semi-clone of Mario. Where Mario traded power for attack speed, Luigi traded attack speed for power. Truly, he is the dark reflection of Mario. Sure, he lost some recovery, but he makes up for it with a great aerial game, and somehow Melee’s faster gameplay meshes with his wonky physics in order to actually allow Luigi mains to win games sometimes.

Also, seemingly in concordance with Luigi stepping out of his brother’s shadow and getting a solo game and new identity, a lot of his moves were tweaked to make him stand out as his own character. Neat. 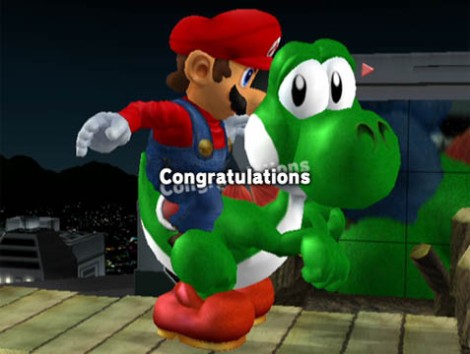 Man, is it just me, or are some of these incredibly bleak? Like… Jesus. Yoshi’s been sold into slavery, basically. Look at the pleading look in his eyes. Yoshi knows that at best, he’s going to exit this life as a footstool. Really, all of Yoshi’s existence is questionably ethical at best. He’s some sort of species bred specifically to die in service of others. Like if horses were sentient cannon fodder. So… so like horses. Hm. This analogy got away from me.

Also Yoshi’s not too great in this game, but professional players have made some good innovations with him gameplay-wise that put his position on the tier list in contention. But who cares about that. Someone needs to start a Yoshi liberation front. 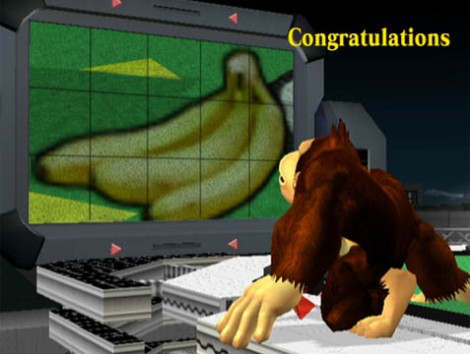 Just keep chasing that dragon DK. Don’t let anyone tell you no.

Haha, oh man I love DK so much. Shame he’s one of the worst characters in the game. I mean he’s faster now, and he still has the greatest taunt of all time, but it’s just not enough. I mean, he’s lighter and weaker this time around too. It’s like they just wanted to gut him, and he wasn’t even that great in the first place. But hey, the DK Rap is actually in the game now, which is basically the greatest buff of all time, so DK is always gonna be SSS tier in my heart. 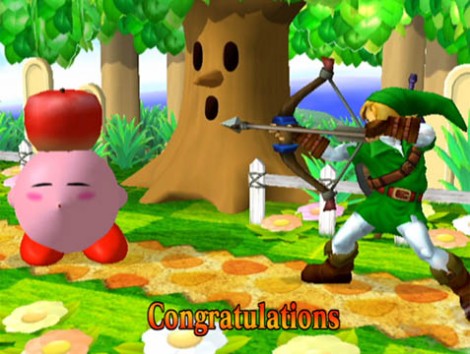 Well, Link’s better than before, but it’s not like the bar was that high, considering that he was the second worst character in 64. Still though, he’s faster, his recovery’s better, and frankly, he just looks better. Not really much else to say here. Uh… I think Skyward Sword is really overrated? 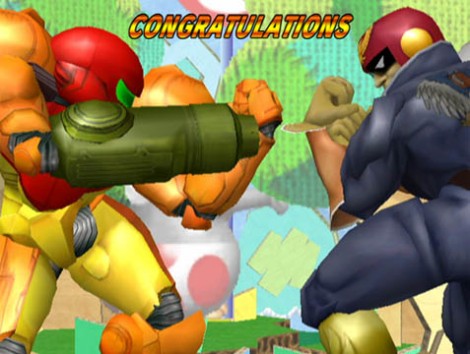 Samus finally got a placing she deserved, getting a high mid tier spot and a kickass speed boost, as well as better recovery. Plus, she has missiles now, so she’s pretty much full on Samus. She can combo better, has a great air game, and she looks like an even cooler badass than before. Also, LOOK AT THAT PICTURE WHY HAS THERE NOT BEEN A METROID X F-ZERO GAME

Anyways, she’s improved in every way.  Kind of the opposite direction that her franchise has been taking recently! Hey-oooooooooooh…. oooooh… I made myself sad. 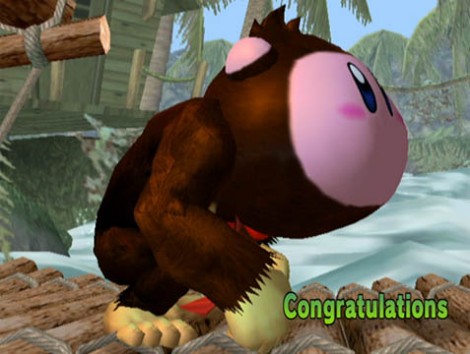 Anyways, wanna talk about depressing turnarounds? Kirby went from being second best to literally the worst character in the game. I have no idea why Sakurai, who made the character, would cripple his son this way. Maybe to dispel rumors of nepotism? Dunno. He’s slower, he’s weaker, he’s easier to hit… Just don’t even play him. It’s not worth the heartbreak.

If you’re playing against someone who is pretty inexperienced, you can troll by spamming the stone transformation and switching into an aerial hammer attack, thereby making yourself into a seemingly impenetrable wall of hate. It makes up for the social stigma that you will accrue by playing Kirby. 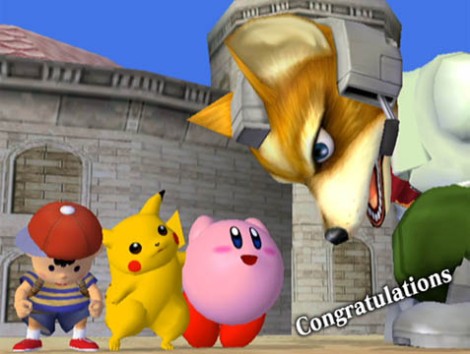 Fox, seen here accepting sacrifices from the lower tier offal under his rule.

Hey, have you played any game ever in the past 15 years? Congratulations, you know that Fox is the best character in Melee. He’s incredibly fast, does a ton of damage, is maneuverable… it’s like he fused with his ship to become some sort of animal-machine murder hybrid. I mean, he does technically have robot legs, but still. He’s the best, and there is precisely nothing you can do about it.

Scientific fact: If your opponent picks Fox, you’ve already lost. Just unplug your controller and accept your beating. You are an ant, waging a war against the sun, to him, you are an afterthought, a mere grain of sand on his otherwise clear path to victory. 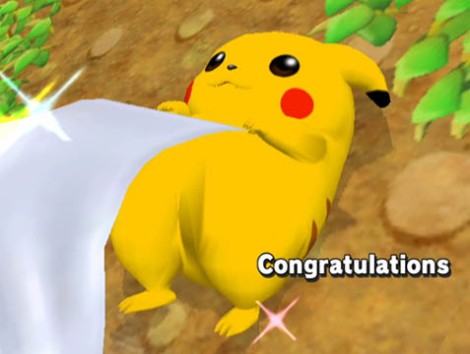 I… are we allowed to show this? Whatever this is? Geez, this is… this is messed up, dude.

I can’t tell if whatever is going on right now is adorable or deeply, unsettlingly pornographic in some way. I’m not quite sure, but those little flare effects are not helping in the slightest.

Pikachu gave up his throne as the king of fighters for Melee, but don’t be fooled, he’s still a competent challenger. He does, however, have a much worse approach than he did originally, which is almost a death sentence in Melee. He did get a better voiceover that melts my heart and makes me want to take him home with me forever, but otherwise, he got no real buffs beyond a speed boost. 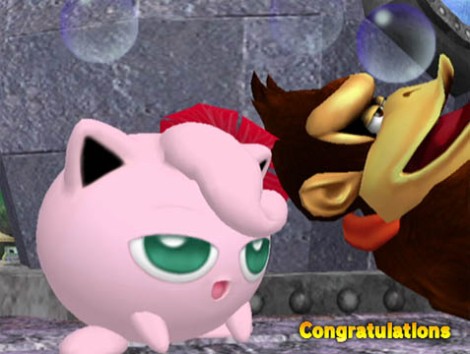 I can guarantee you, with absolute, utmost certainty, that there is at least one bong just five feet out of frame on this shot.

In addition to getting the funniest picture I have ever seen in my entire life, Jigglypuff got numerous buffs for Melee, becoming one of the top five characters in the game. He’s stronger, faster, better, and arguably harder, if only to complete my half-assed Daft Punk reference. He’s also got the fastest air speed in the game, and he’s got some crazy jumping power. Still no recovery move though, which is… fine, I guess? I mean, Sing is pretty hilarious, so I can deal with it.

I still can’t get over that photo. That’s gonna get engraved on the back of my tombstone. The front is just going to say “Told you”. 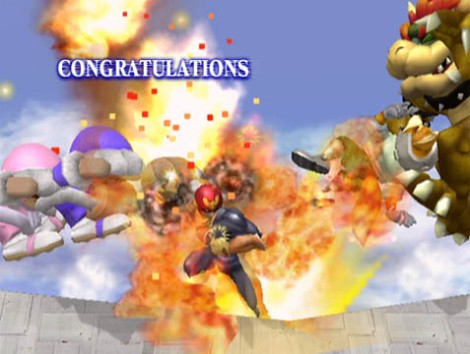 An accurate representation of what I love about Captain Falcon.

Oh look, at least another paragraph of me raving about how much I love Captain Falcon. Buckle up, buckaroos.

LOOK AT ALL THAT FIIIIIIIIIIIRE. HYESSSSSS. I love you, Captain Falcon. I wish you and Robocop were my two dads. He may not be top-tier, but you know what? I don’t care. I can elbow your pretentious teeth in and cave in your ribs with a kneecap, and still have enough time to set you on fire WITH MY ENRAGED SHRIEKING HELL BIRDS. THEIR HUNGER KNOWS NO BOUNDS, AND YOUR FLESH BURNS SO EASILY, CHILD

What’s that? I literally said that no one beats Fox like, two entries ago?

See kids, the important thing to note about me is that I, in fact, am a liar. 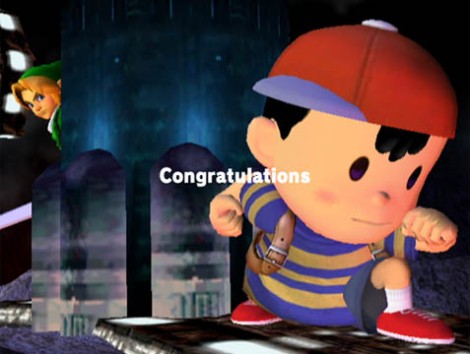 I would just like to take a moment to point out that I really, really love the amount of shenanigans that they put in the victory pictures for Melee. That is all.

Anyways, Ness got kinda shafted this time around, and yet I still get my ass kicked by him on a regular basis. It’s like my family is under some sort of gypsy curse to always lose when going up against obscure-ish JRPG characters with psychic powers. I just don’t understand.

On another note, he got some buffs, but he’s still lost a lot of ground in the metagame, if only because he just can’t hang with the higher tier fighters, but who cares because I hate him and I’m done talking about him.

That’s it for this round! Next time, we get into the first ever batch of new fighters introduced to Smash! Wowee!