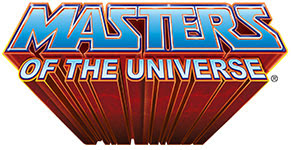 To Our Loyal Collectors,

Thank you for being the world’s most dedicated fans and passionate supporters of MattyCollector.com over the years.

We want to let you know that we have been working on something new and different for you that measures up to your loyalty and devotion.

As of December 31, 2016, we will be shutting down the website as we transition to Super7 to manufacture and deliver the Masters of the Universe and adult collector lines. Subscriptions and orders for 2016 will remain unaffected, and the site will continue to operate through the end of the year. For the past two years, Super7 has proven to be a great partner, and we look forward to seeing them continue to grow the Masters of the Universe line. They will unveil the expanded line for 2017 at San Diego Comic-Con.

To help you complete your collections before the end of the year, we’ll be opening the Vault beginning Thursday, July 21 at 9 a.m. PT. All 2014 and 2015 items, and select 2016 items, will be available for sale at that time. They’ll remain in the shop until the end of the year or while supplies last, whichever comes first. For our U.S.-based collectors, any Vault products you buy during San Diego Comic-Con will arrive with free domestic ground shipping.*

We thank you for your dedication and support through the years.

Speaking of SDCC 2016, our biggest announcement was that while all this was going on, we’ve been working secretly on the first new Masters of the Universe animation in the classic style since 1985 – “The Curse of the Three Terrors”! In trying to be as authentic to the original series as possible, this new animation features original voice actor Alan Oppenheimer reprising his signature role as Skeletor (as well as Mer-Man and Man At Arms) on a new adventure in Eternia. Additionally, we worked with The Power and Honor Foundation to use original backgrounds from the 1984-1985 series, so this new animation is as accurate as possible. We will premiere the “The Curse of the Three Terrors” at 10pm on Wednesday July 20th, at the corner of 8th Ave. and G in downtown San Diego, directly across the street from this year’s Skeletor’s Lair pop-up shop! Afterwards, “The Curse of the Three Terrors” will be available August 1st for download on iTunes and Google Play for $1.99.

As for new and exciting products, I wonder what other secrets we might have up our sleeves for all of you…?