This was a pretty good year.  There were some good panels and other things and I will tell you all about them.

Dirk Manning did his Write or Wrong panel again (http://www.dirkmanning.com/).  I stopped over at his artist alley booth and picked up more of his Nightmare World horror anthology graphic novel series.  You will be hearing more about that soon.  Dirk Manning was also on the Legal Tips for Independent Comic Creators panel.  That was by far one of the most useful of all the panels.  And it also got me thinking about all the aspiring comic book professionals out there and how they interact in the internet age.  Right now it sounds like copyright laws are taking into account a lot of online interactions.  I get the feeling the laws around that are going to have to get better defined soon or else there are going to be a lot of lawsuits waiting to happen once some of these amateurs start making the move to true professionals. 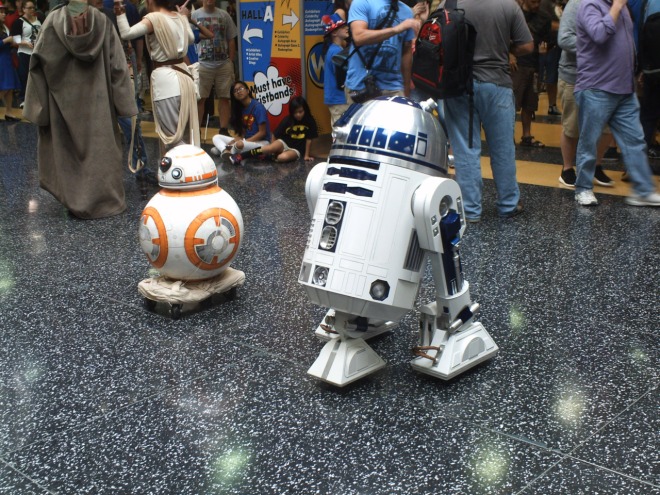 While I was in Artists Alley I ended up talking to artist Chris Ehnot (http://cehnot.deviantart.com/).  I know I went by his booth at C2E2 earlier in the year and it seems he recognized me, in fact he recognizes everyone.  I was really tempted to commission him to draw something and he made a pretty good sales pitch.  But I had also just come from the Legal Tips panel and that got me all paranoid about copyright issues.  I feel a little bad for taking up so much of his time and not buying anything but he said he will be at C2E2 next year so hopefully I can catch him then.

In the old days Wizard World took up one hall in the convention center, now it can occupy three.  One of the halls was dedicated to gaming.  I spent more time in the gaming area this weekend than I ever had before at a convention.  Probably because I was not alone.  My cousin came with me to the convention this year and together we played some Street Fighter V, some Super Smash Brothers, and a few other games.  At one booth they had Samurai Shodown V Special and it reminded me how violent and messed up finishing moves in arcade games can be.  I also briefly played the demo for the new God Eater game but either there was something wrong with the controller or God Eater 2 doesn’t have a jump button.  Anyway they had a giant aragami balloon on the show floor.

Yes that is a balloon.

Saturday night was the costume contest.  They have had some really great years for the contest and some really lackluster ones, this year it was pretty good.  Once again there was pre-show music with Critical Hit (http://criticalhitband.com/).  There were a lot of Captain Americas this year.  The grand prize winners were a Jareth the goblin king and Sarah from Labyrinth because she had an amazing transforming costume that went from regular outfit to ballgown.

Sunday morning there was a Netflix Daredevil panel with the show’s cast.  It started a bit late but Charlie Cox, Deborah Ann Woll, Elodie Yung, Elden Hensen, and Rosario Dawson were all there.  And just so you know, none of them have any idea when Season 3 will start filming or whether or not Bullseye will be in it or who might play him.  Although Charlie Cox does seem to be really looking forward to filming The Defenders.  They answered fan questions and just all around were wonderful fun people.  Rosario Dawson talked about how Daredevil is almost a period piece because of how much the area known as Hell’s Kitchen has changed since she grew up in New York.  Deborah Ann Woll gave a fan a hug and at one point the cast was even talking about cereal mascots. 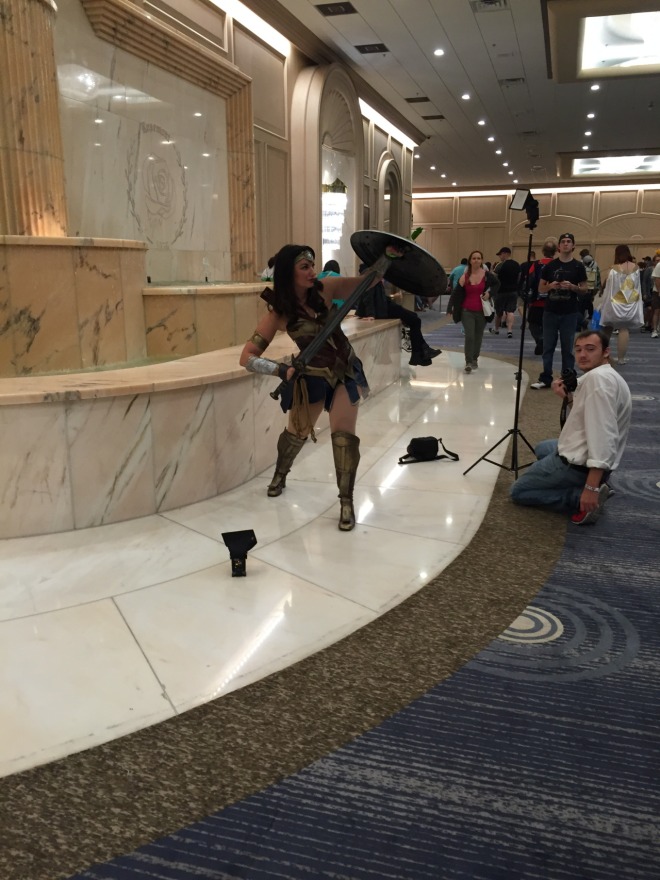 Towards the end of the day I went to the Ode to Leading Ladies panel.  It was not what I expected but still pretty good.  And before the show ended I went to raffle at the Mad Cave Studios booth (https://madcavestudios.com/) and won some free comics about warrior cat people.  You’ll hear more about that soon.

Overall Wizard World Chicago was really good this year.  So in closing here is yet again one of the best things about conventions, cosplay pictures. 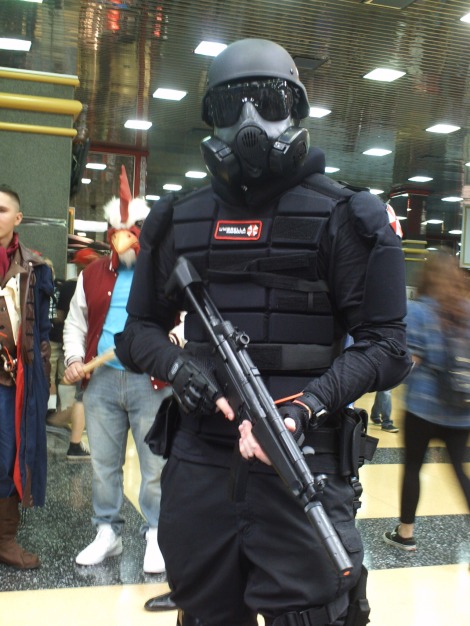 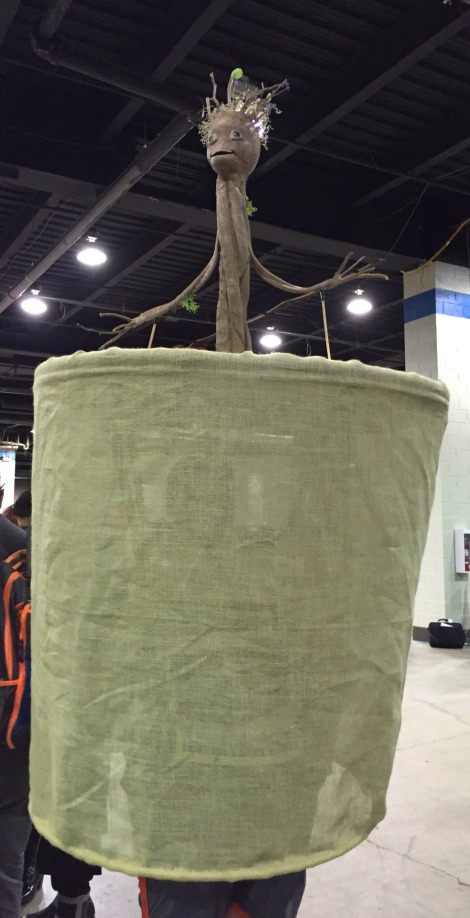 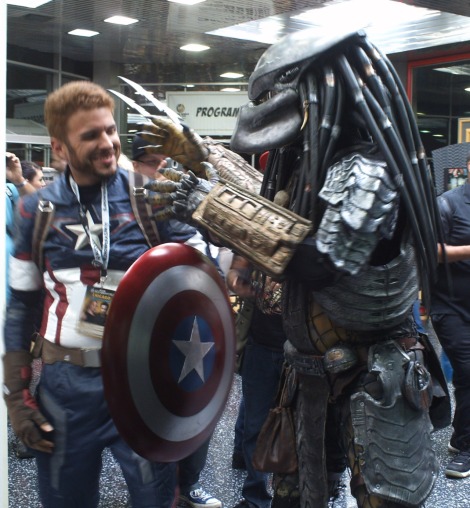 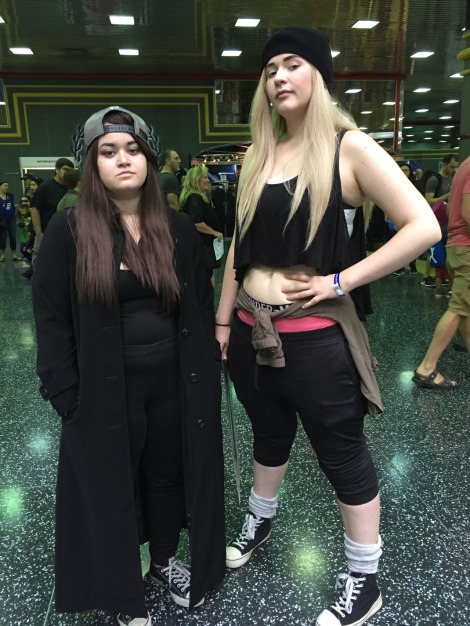 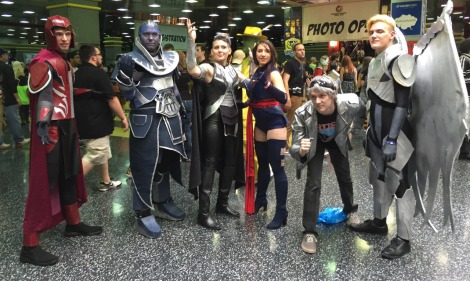 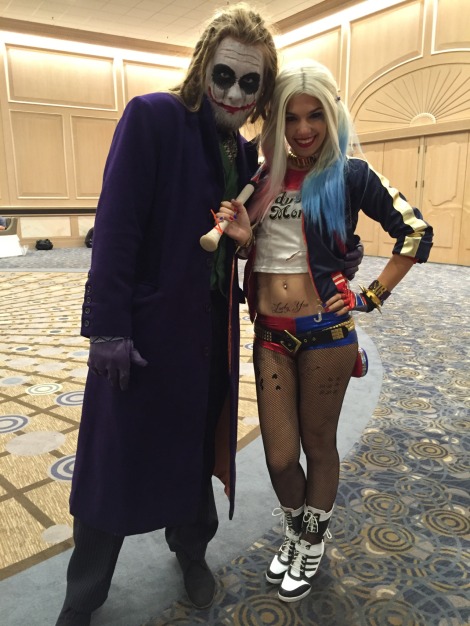