Welcome to Life In Plastic, where we… wait, what?

I decided to eat a Century Egg.

Century Eggs, aka Thousand-Year-Eggs, aka “WHYYYYY?” are a form of Chinese cuisine that’s… well, very Chinese.  Not Americanized at all, unlike your Chop Sueys and General Tsos and pretty much everything served stateside.  Essetially, it’s a duck egg preserved for a few months (or weeks) in a solution of quicklime, rice husks, tea, and other similar materials, pickling and preserving it in a very strange and unique way.  The end result is gelatinous, filled with ammonia, and extremely unique.  Sure, technically it’s a rotten egg, but wine is just rotten grape juice and cheese is just rotten milk, right?

Traditionally, Century Eggs are eaten in a rice porridge congee, which softens the ammonia/sulfur in the flavor while bringing out the new tastes.  I’ve had it that way in the past, and honestly the congee tends to be overwhelming.  And so, I decided to fix this.  And document it for you all.  Eating a Century Egg is a thing, especially on Youtube.  Usually, you have westerners gagging and retching, occasionally praying or dying, and overall not having a good time – poor, poor Ashens.  So, hey, why not see if it’s really as bad as people say?  There is a video in this post. 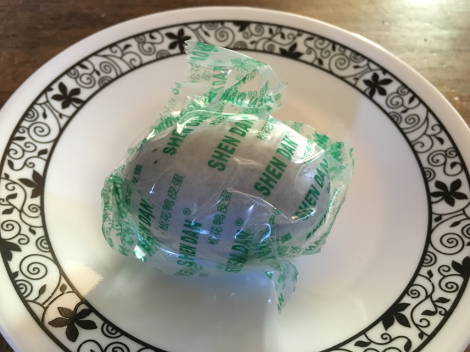 Well, here it is, shrink-wrapped.  This came in a carton of six (for about $4), with each egg individually wrapped.  I admit, that seemed like a warning sign of some sort. 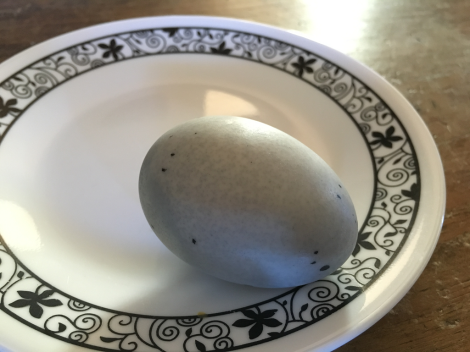 The eggshell is speckled, but aren’t duck eggs sometimes speckled? 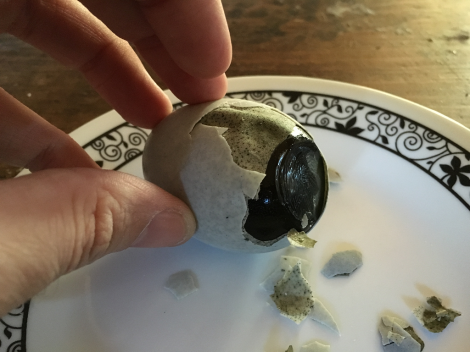 The thickness of the membrane – as well as its color – surprised me a little bit, but I was able to peel the egg without creating too much of a mess. 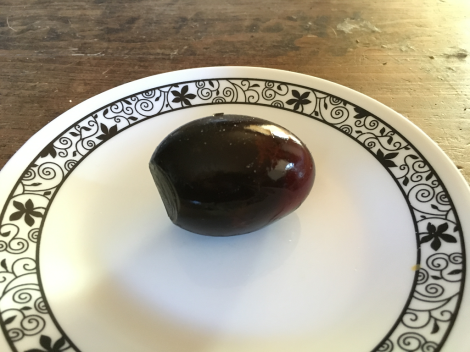 Some century eggs have sort of a snowflake pattern, others do not.  This one is just a pure coca-cola color.  Texture-wise, it feels like a hardboiled egg. 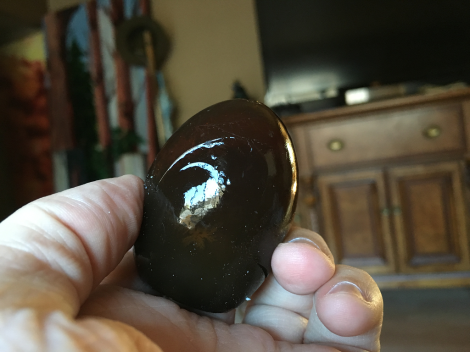 You know, it’s kind of pretty like this.  I wonder if I could slice it into clean little wedges and fool people into thinking it’s some sort of fruit. 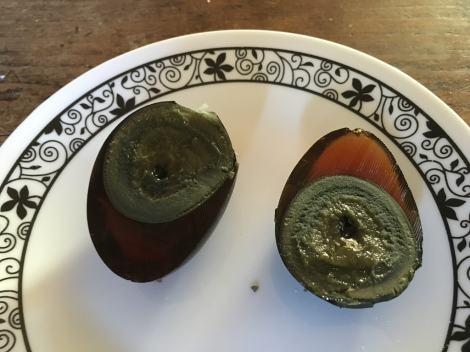 When cut open, you may notice a certain difference in texture from an ordinary boiled egg.  Despite how it looks, this is correct.  I should also note that, once the egg was cut open, I could smell it.  It gave off a light sulfur smell(stench) laced with ammonia – not nearly as strong as I had expected, but not the most pleasant thing in the world, either.

So, here we are. Please forgive me for the video format, as I was holding my phone in my hand. This may deserve a redo later, but there had to be documentation of the first taste.

About two minutes after I finished eating the entire egg (and yes, I ate all of it), the aftertaste got a little mealy and unpleasant, but nowhere near what some people have reported.  Overall, it was actually pretty good – a pickled egg, a little “earthy,” and with sort of a chemical flavor, but it’s really not that bad.  If youw ant to try it, I’d suggest going for the soup first.  And then, if you still like it, try it this way with something on the side to counter any potential unpleasantness.  Then hey, if you’ve developed a taste for it, enjoy one of the world’s most unique acquired taste treats!