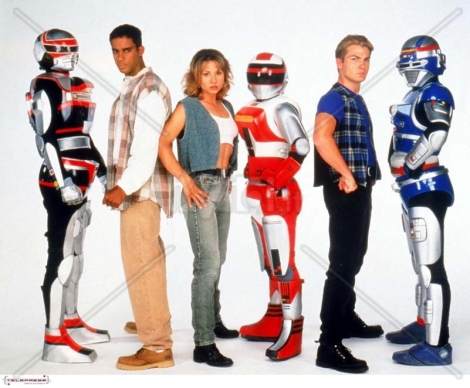 Back in the 1990’s when Power Rangers were first at the height of their popularity a lot of different people wanted to copy that success.  VR Troopers was one of those attempts.  Like Power Rangers it used footage from a Japanese show about costumed heroes and edited it for American television.  VR Troopers followed the adventures of Ryan, Kaitlin, and JB as they fought Grimlord and his army of virtual bad guys.  It never managed to be as popular as Power Rangers and only lasted 2 seasons.

I had completely forgotten this show had a talking dog.

One response to “Your Daily Nerd Thing: VR Troopers”