Welcome back everyone.  Just to be clear Your Daily Nerd Thing will resume next week however I am making a change.  from now on Monday through Thursday will be general nerdy things with a theme whenever we can.  But from now on Friday will be a general recap of any major nerd things we missed during the week.  I missed a lot of nerd stuff this week.  Here are some of the highlights.

Marvel Comics announced their upcoming Legacy event will include a team of prehistoric Avengers.  So that’s a thing that will happen.  I have to admit I will probably give it a look. 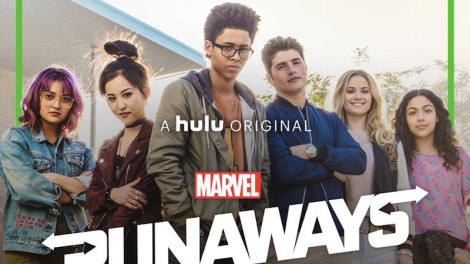 And this image of the live action cast of the Runaways series came out.  I think its new.  I don’t remember seeing it anywhere before.

Hey anyone want to watch the new trailer for Stephen King’s IT?  Well here it is.

And on that note I am going to step away and see you all Monday with a new set of nerd things.