Welcome to Your Daily Nerd Thing where every weekday we bring you a different nerdy thing we found on the internet. I usually get these up in the morning but things happen. Anyway today we look at the Umbrella Academy live action series on Netflix but not really because I have not watched it yet. However we finally know that actor Justin Min plays Number 6 AKA Ben AKA The Horror. 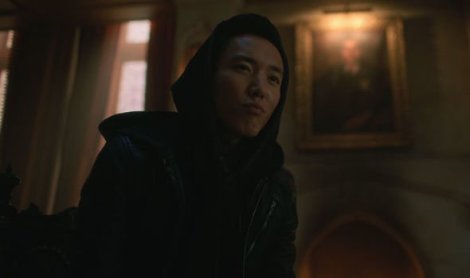 I don’t know why Netflix decided to keep this bit of casting a secret until the show aired. It was obvious that there was a missing sibling from the marketing. Their numbers went up to 7 but Number 6 was missing. Even if you have not read the comics its not hard to figure that means there is an absent and likely deceased member of the team. Well now we know who plays him. I plan to actually watch the show soon and will probably have things to say about it.