Toy Fair 2019 happened in New York and lots of stuff was revealed. We are not going to cover all of it today because there is just too much.  Marvel posted some convenient pictures of new Marvel legends on their website so we will be looking at some of the highlights of those upcoming figures. 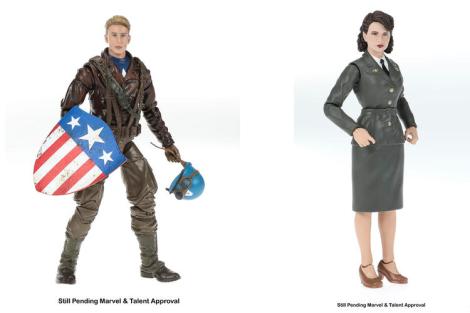 The movie version of Peggy Carter will be getting her own action as part of one of the 80th anniversary two packs.

There will be an X-Force themed line of Marvel Legends if anyone is looking to complete that roster. I am most interested in the new Nightcrawler figure that comes with one of his classic swashbuckler swords. 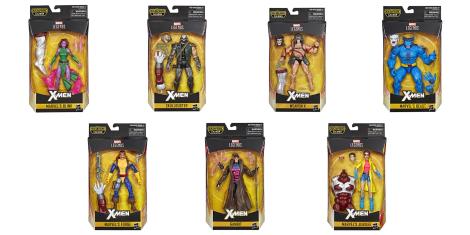 There will be another X-Men set with a number of characters in some of their classic looks. There was a Jubilee build-a-figure in one of the lines once but it was in her vampire costume. This set will feature Jubilee in her classic 90’s look. Also it will have a new Blink figure for all the Blink fans who are still out there.

There are going to be a number of new Spider-Man action figures but the one that really stood out to me was this Homecoming two-pack. Now people will be able to buy a Zendaya action figure if they like.

So far I have just talked about Marvel figures. As I said Marvel posted all of these convenient images directly in their site for people to check out. DC also posted some images but not nearly everything that was shown at Toy Fair. It would take a long time to go hunting for proper images and I wanted to get this article up on time. However DC did have one upcoming set of figures posted on their site that I thought people should be informed about.

Yes DC collectibles will release a line of Lucha Libre inspired figures. This first set will have several iconic DC heroes and villains dressed up in luchador outfits.

We will be back next week with more Nerd Things for you. Have a great weekend everybody.