Welcome to Your Daily Nerd Thing where every weekday we bring you a different nerdy thing we found on the internet. Frank Miller is one of the most well recognized names in comics books but as he has aged he has also become increasingly controversial. That is the polite way to put it. The quality of his work has also declined over the years although some would argue he was always rather low brow in his subject matter. Well for whatever reason he is still getting work and will be coming out with The Dark Knight Returns: The Golden Child.

I remember when the Dark Knight Strikes Again came out and people were mostly just baffled by it. I remember a panel where they asked “What the hell happened?” and several prominent comic book publishers said it was not Frank Miller’s finest moment. Then DC let him do The Master Race and it mostly came and went without much acclaim. Frank Miller’s name is not the draw it used to be but the issue of the people running the comic book industry living in the past is something to discuss another time. 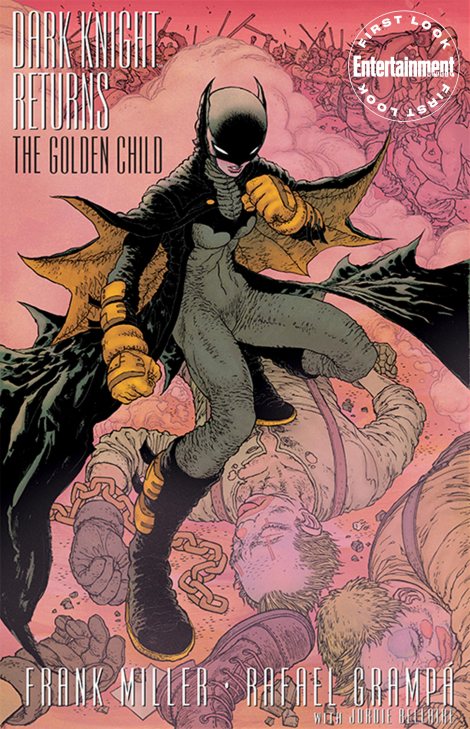 This first look at the series comes courtesy of Entertainment Weekly. Is there a waiting period for reporting on something that was exclusive?