Welcome to Your Daily Nerd Thing where every weekday we bring you a different nerdy thing we found on the internet. Today we look at some other items from the New York Toy Fair. NECA has released several Godzilla figures, some from the most recent movies and some from the old Toho films. Well soon they will be releasing some new versions from in-between those eras. There was a resurgence of Godzilla movies in the 90’s and early 2000s. 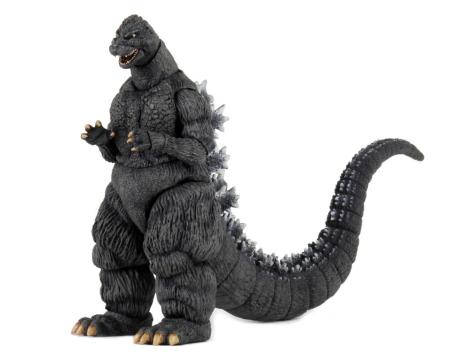 Here is a look a the King of Monsters  as he appeared in Godzilla vs Biollante. Godzilla fought a number of new original kaiju during those years as well as some of his old foes.

And here is Godzilla from the 2003 Tokyo SOS film. They will join some of the other versions of Godzilla NECA has already released later this summer.